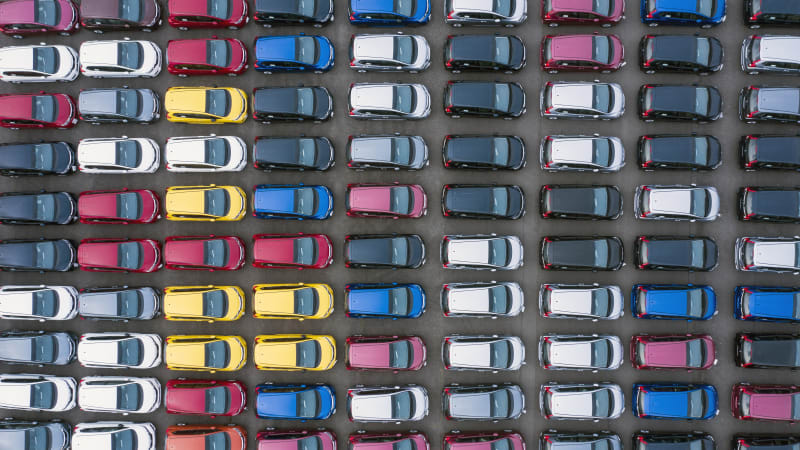 Shipments of new cars are being turned around and denied entry into our ports because stink bug contaminations are on the rise.

Strict measures by the Department of Agriculture to stop stink bugs from destroying Australian plants and crops are putting the brakes on new car sales because cargo ships are being turned aroundor fumigated offshore.

Thousands of new motor vehicles across most brands shipped from the northern hemisphere have been affected, from expensive Mercedes-Benz sports cars to cheap Chinese utes.

Detections of brown marmorated stink bugs (BMSBs) tripled in the 2018-2019 season compared to the same period the year before, according to figures from the Department of Agriculture.

Once the stink bugs are detected in a shipment of motor vehicles, the entire cargo needs to be treated offshore or turned around.

“The quarantine authorities say ‘no, you can’t dock’, so then they turn the ships around for example to Singapore and get them decontaminated,” says Horst von Sanden, the managing director of Mercedes-Benz Australia.

“Of course that is a massive problem timing-wise for us and cost-wise for the shipping companies,” he said, estimating close to one-in-five new Mercedes cars have been delayed by up to three months due to ships contaminated with stink bugs.

“Initially when we rang customers and said ‘we are sorry to tell you, but your car will be severely delayed because the ship was contaminated with stink bugs’, they thought we were joking,” said Mr von Sanden. “The dealers rang us and said ‘you have to ring the customer, they don’t believe us’.”

The Department of Agriculture has confirmed three vessels and their cargo “were directed to leave Australian territory as a result of unacceptable (stink bug) risks during the 2018-19 season”. All three vessels were carrying new vehicles that were due to offload at multiple Australian ports.

Peak season for stink bugs is the lead-up to the northern hemisphere winter, when they hibernate. But they come out of hibernation as the ships – and the cars they are hiding in – head south through warmer tropical climates.

Over the past few years stink bugs have caused lengthy delays of cars due to arrive in Australia between November and March.

“As with a number of brands coming out of the northern hemisphere, a significant number of our vehicles were affected by delays due to contaminated ships,” said Dinesh Chinnappa, the managing director of Chinese vehicle manufacturer LDV. “It has taken us a few months to recover.”

The emerging agricultural threat has led to an increase in treatment facilities at ports in the Asia-Pacific region – and a debate over who should pay for the decontamination of the cargo and the ships.

The shipping companies argue it is the responsibility of car manufacturers to load vehicles that are free of contamination.

Automotive companies argue their vehicles could be contaminated by another brand's cars sourced from another port.

It is estimated the cost to decontaminate an entire shipment of cars is close to $300 per vehicle.

The “fogging” process, as it is known, is designed to kill the stink bugs whether they are sleeping or awake. In some cases the cars need to be offloaded for treatment, before being reloaded onto the ship to continue the journey.

The delays can take up to three months if the ship needs to backtrack after making it into Australian territorial waters.

“We had ships sitting off the coast of Queensland, West Australia and New South Wales waiting to get decontaminated, others simply got turned around (and were) delayed for months,” said an executive who works for a car company with shipments affected by stink bugs, but who asked to remain anonymous as he is not authorised to talk to media.

Industry experts say it’s not practical to treat motor vehicles with bug spray as they roll off the production line because the vehicles can get contaminated elsewhere in the transport process.

The Department of Agriculture says it first saw an increase in the numbers of stink bugs arriving in cargo in 2014, primarily in new motor vehicles and heavy machinery from North America.

Since then, however, cars from Europe and China are also regularly affected during stink bug season.

The first new car detected with stink bugs docked in Port Kembla in NSW in December 2014, following a detection on an undisclosed vehicle in October 2013 in Brisbane, according to the Department of Agriculture.

The department says it has also found stink bugs in other items such as resin chairs, terracotta pots, vehicle parts, timber, cardboard and pharmaceuticals.

“To manage the risk of (stink bugs), seasonal measures are applied to a range of goods, including vehicles and machinery that are likely to be associated with contamination,” said a statement from the Department of Agriculture.

“Due to the nature of entry for goods, it can be difficult to determine if the detections were associated with the vessel, vehicle, machinery or due to cross-contamination from untreated goods,” the statement continued.

Between October 2013 and April 2019 the Department of Agriculture says it detected stink bugs on more than 1500 new motor vehicles.

The department said stink bugs are “a significant threat to agriculture due to its wide host range and the damage it can do to vegetable crops, fruit and ornamental trees”.

The pest is known to feed on more than 300 hosts, including agricultural crops such as nuts, grains, berries, cotton, citrus, soybean, nursery stock and some ornamental and weed plant species.

The department says stink bugs typically stow away in cargo coming out of the northern hemisphere between September and April each year.

Stink bugs are native to China, Japan and Taiwan but were introduced to North America in the mid-1990s and more recently to Europe, “where it is rapidly becoming a serious pest”, the department said.

However, the department says due to strict biosecurity conditions “Australia remains free from many pests and diseases including (stink bugs) that are present in other countries and have the potential to impact on our agriculture industries, the environment, plant, animal and human health”.